A breakthrough design. Pushed even further.

iPhone 6s - Take everything that made the previous generation great, and advance it to a new level. They’re made with 7000 Series aluminium, the strongest alloy we’ve ever used in an iPhone. They both feature Retina HD displays made from the strongest cover glass used on any smartphone in the world. And now they’re available in an elegant new rose gold ﬁnish. 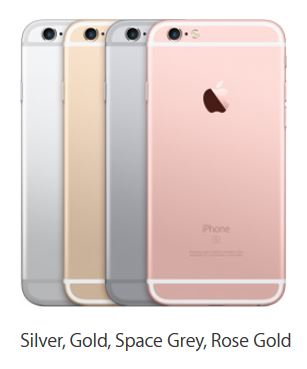 The smooth, continuous unibody design created for iPhone 6 comes to iPhone 6s. Its familiar form feels just right in your hand. And now there are four stunning ﬁnishes to choose from: gold, silver, space grey, and the new rose gold. 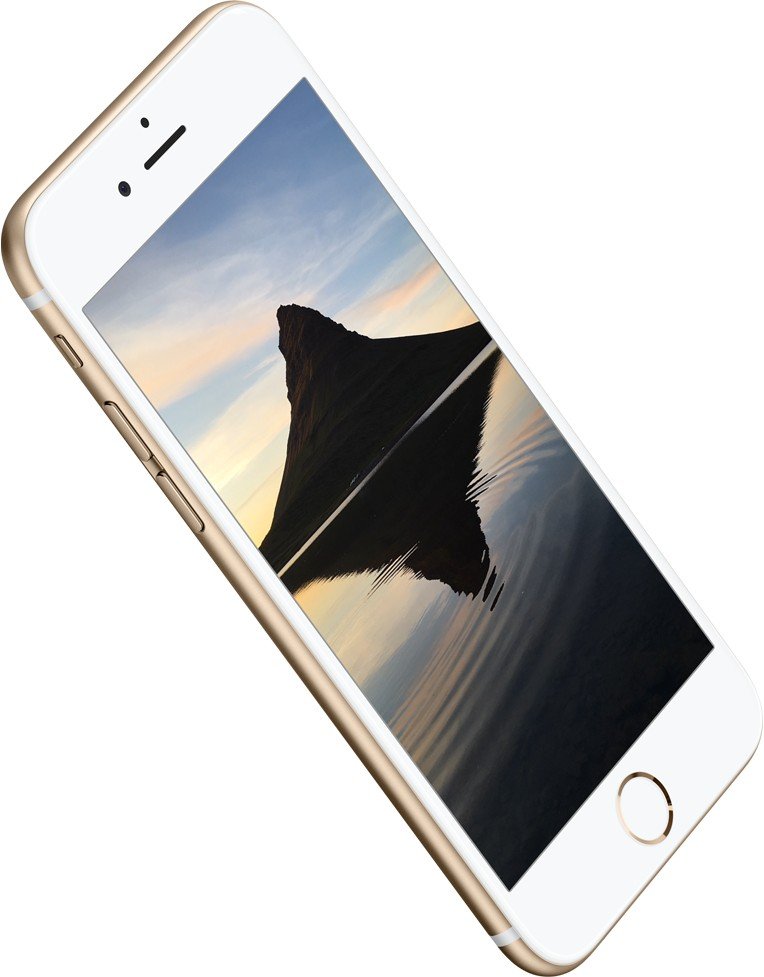 The new glass on iPhone 6s is made using a special dual ion‑exchange process, which makes it stronger at a molecular level and the most durable in the smartphone industry.

7000 Series aluminium. Stronger from the outside in.

The iPhone 6s enclosure is made from the same grade used in the aerospace industry. This aluminium is created from a unique composition of elements that make it the strongest alloy we’ve ever used in an iPhone.

They come in Perfect sizes. And perfect.

iPhone 6s have stunning Retina HD displays. No matter which size you choose, your apps, photos and just about everything else will look vibrant and sharp. High-contrast, dual-domain pixels, and accurate colours ensure that whatever’s on your screen, you’ll love what you see.

iPhone 6s was designed specifically to work with 3D Touch, the next generation of Multi-Touch. 3D Touch is a revolutionary pressure‑sensing technology that lets you get to the content you want simply by pressing the display. Capacitive sensors measure the pressure you apply on the glass. You instantly see a response on the screen and feel feedback from the all‑new Taptic Engine. 3D Touch is a perfect example of the magic that happens when hardware and software are designed together. 3D Touch can only perform because it was designed alongside iPhone 6s.

Place your ﬁnger on the Home button, and just like that your iPhone unlocks. Touch ID is just as secure as before and now works even faster. You can use it within participating apps to sign in and authenticate purchases.

The A9 chip is made speciﬁcally for iPhone. By designing our own chip, we can tailor its performance to how people really use their iPhone. So the things you do every day — browsing the web, using apps, taking photos — work even better. This level of integration between the A9 chip and iOS 9 means that your iPhone performs better and works more eﬃciently than if we used an off-the-shelf chip that we didn’t design. 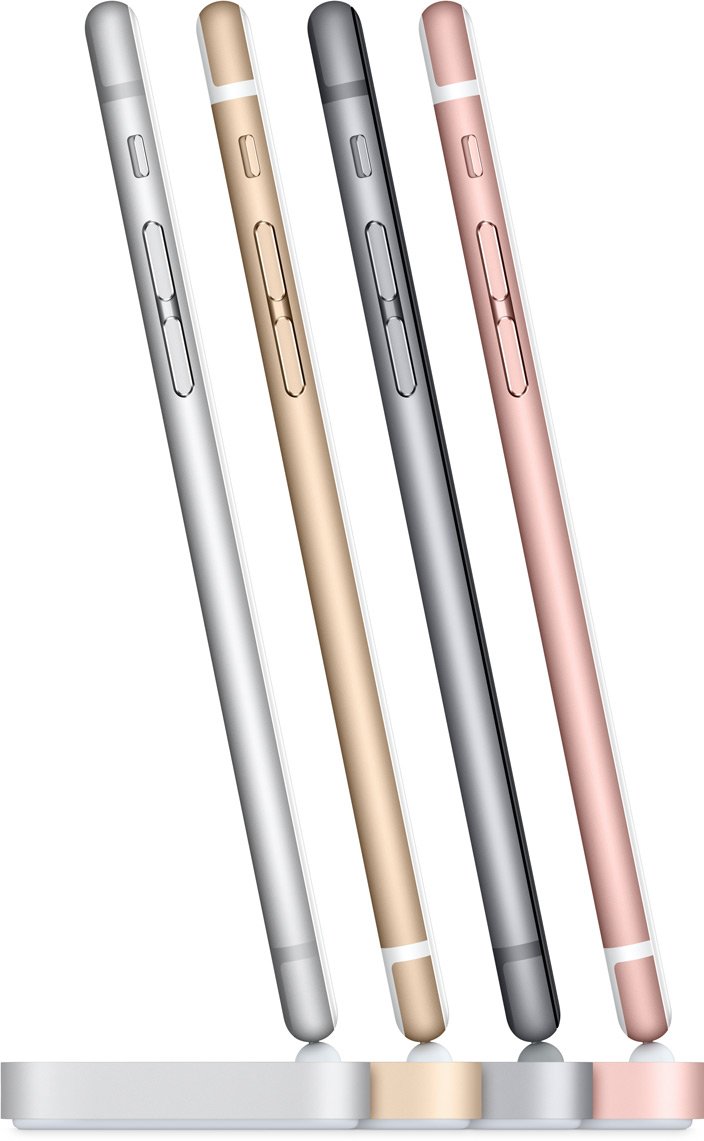 Your iPhone is beautiful. Give it a complement.

We take great care in designing every aspect of iPhone 6s, including the cases and accessories. Choose a natural leather case in one of ﬁve colours, or go with vibrant silicone in one of 11 colours. And to keep you charged at home, there are now colour‑matched Apple‑designed metal docks. 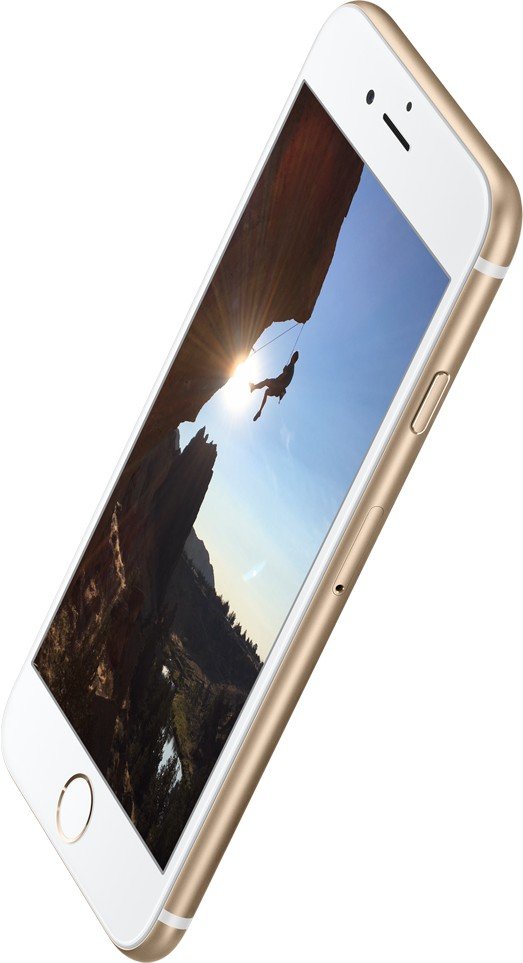 People love to take pictures with iPhone. In fact, it’s the most popular camera in the world. But what people love even more are the memories that are preserved within those images. Those memories are now incredibly vivid with Live Photos, an entirely new way to bring your still photos to life. 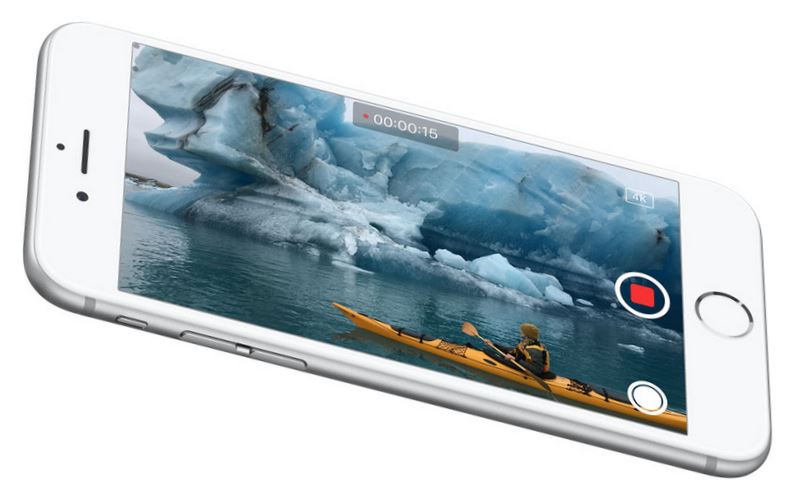 The game-winning shot. The impromptu dance party. The first ride without stabilisers. Some things are meant for video. Now you can record those moments in resolution that’s four times higher than HD video. You can zoom in on those 8 million pixels while you’re shooting or playing your 4K videos. 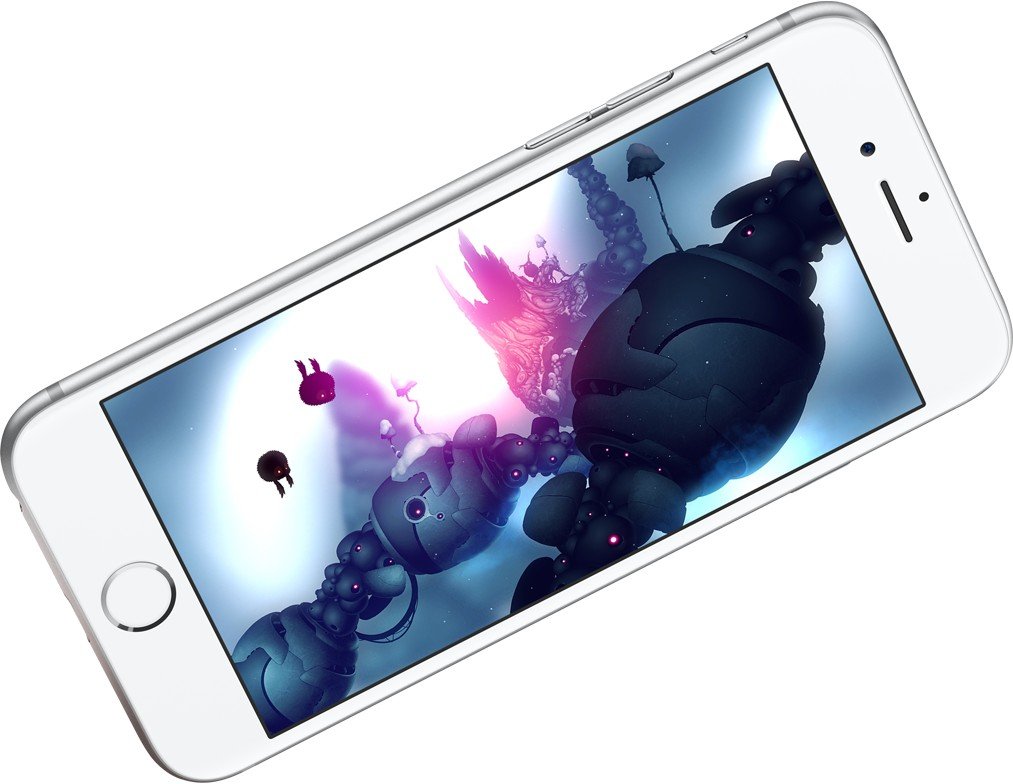 The innovation begins from within. At every possible opportunity, iPhone 6s has been engineered to work better. More intuitively. And more eﬃciently. iPhone 6s also introduces groundbreaking new technologies, including 3D Touch and Live Photos. 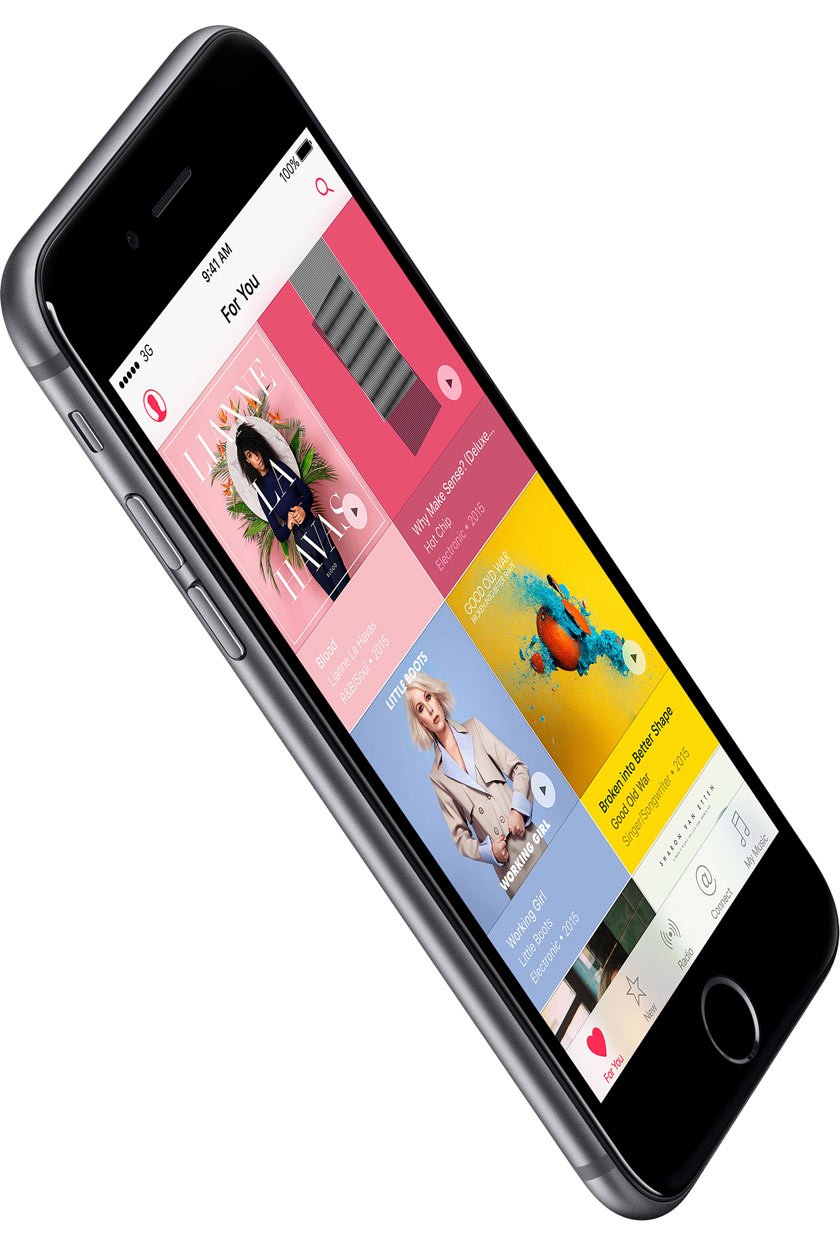 iPhone 6s lets you browse the web, download apps and games, and stay connected with the people who matter to you. And with iPhone 6s, you can connect to more networks in more places for even better worldwide roaming. iPhone 6s is also up to twice as fast when you’re connected to Wi‑Fi. And with Bluetooth technology, you’ll stay connected to your Apple Watch, external speakers and hundreds of other devices.* 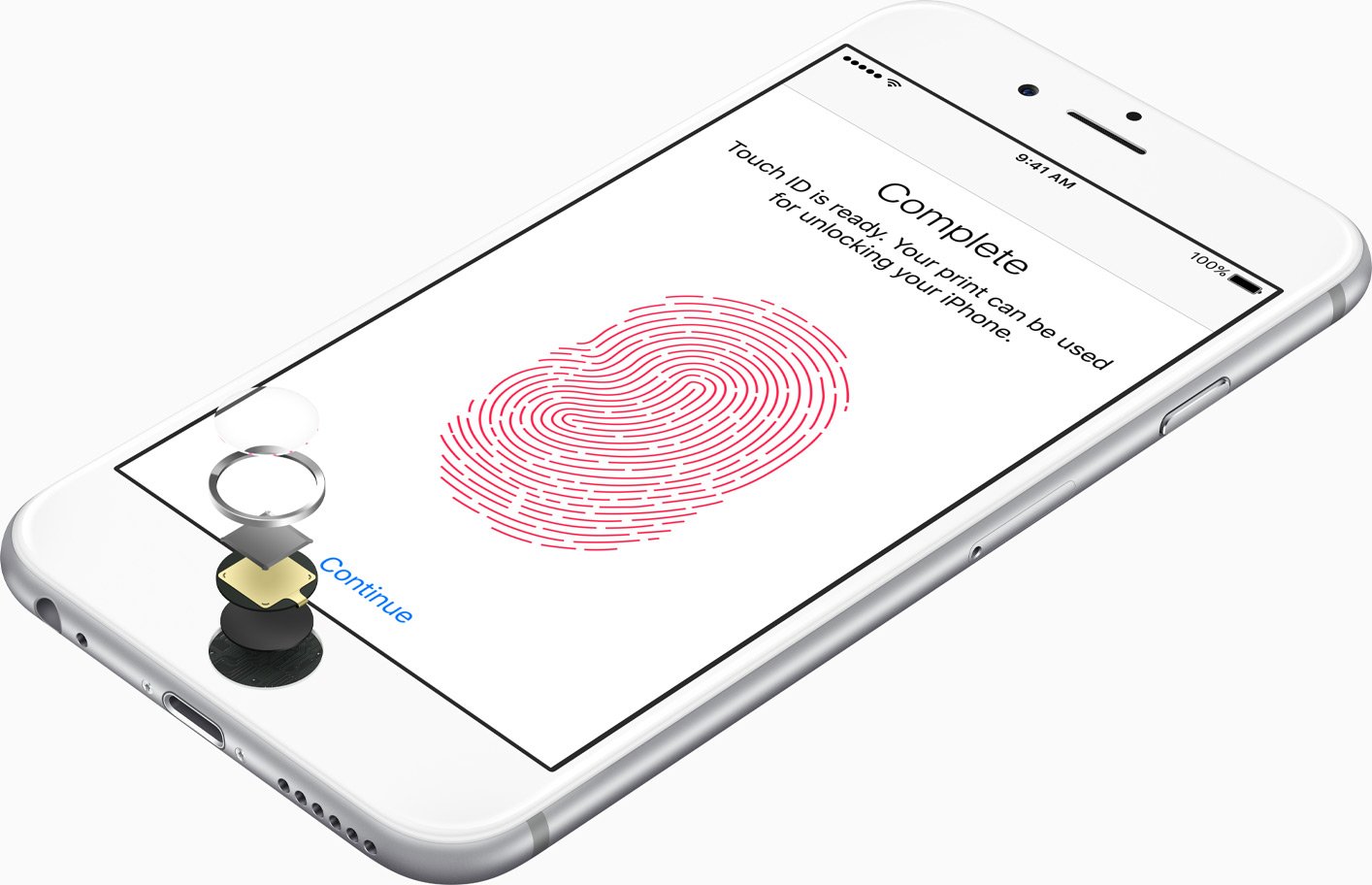 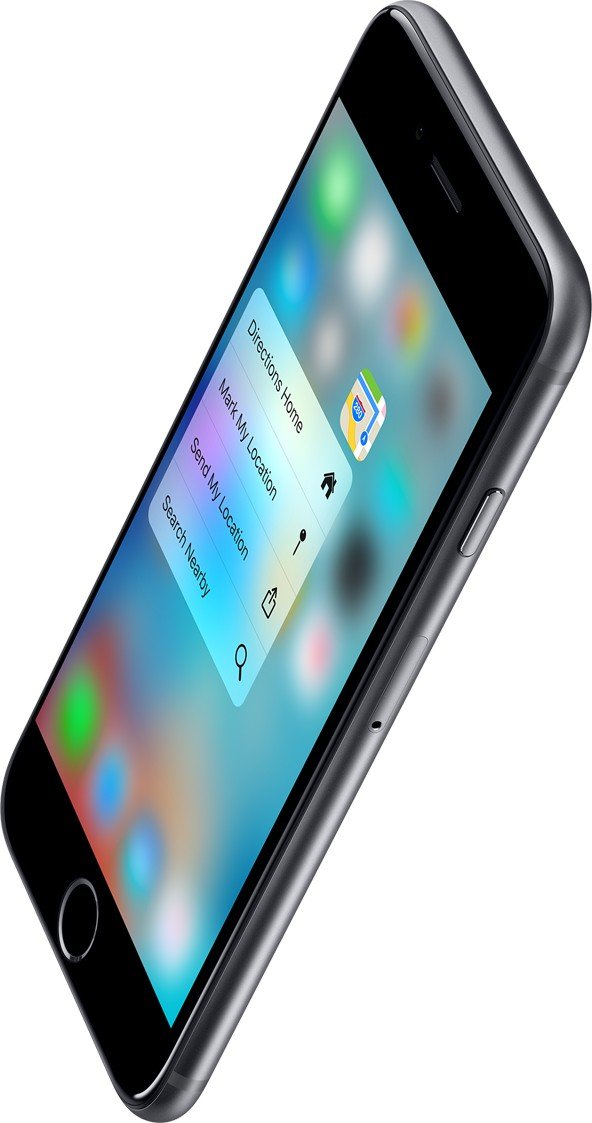 Software and hardware. A deeper connection.

If iPhone 6s seems like it’s tailor‑made for iOS, that’s because it is. Each hardware component — from the A9 chip to the Home button — is designed to get the most out of iOS. And likewise, iOS is designed to maximise the performance and functionality of the hardware it runs on. Together, they deliver a powerful and enjoyable experience because they were designed that way — together. 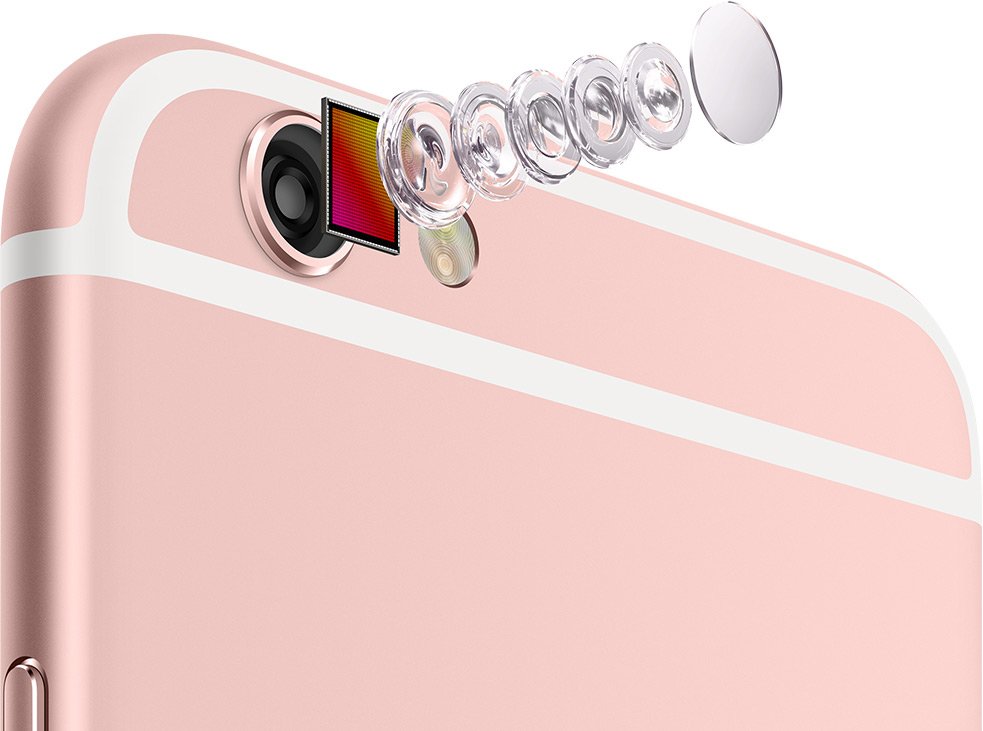 The new standard in phone photography comes as standard.

iPhone 6s introduces a next-generation, Apple-designed image signal processor to provide better temporal and spatial noise reduction as well as third-generation local tone mapping. Every pixel in the sensor has been re-engineered to prevent crosstalk between the subpixels, meaning we could fit a lot more pixels in the sensor for a sharper photo that has less noise and truer colour. iPhone 6s features optical image stabilisation for videos in addition to photos, so you can get great shots in low light.